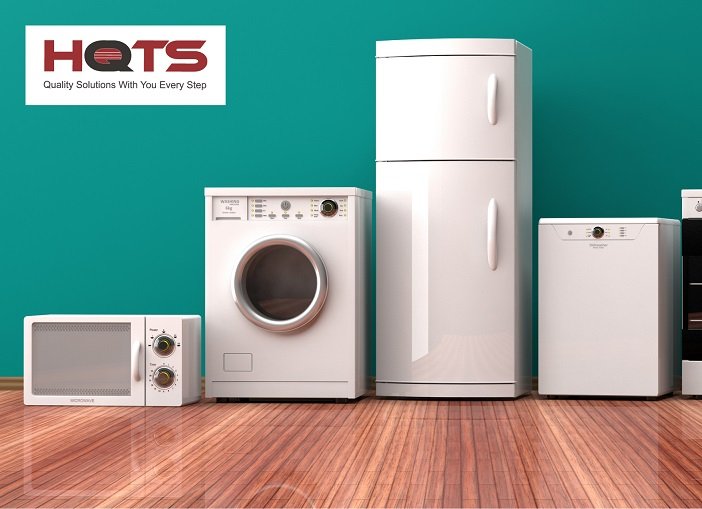 Thailand is fast becoming a leading country in Southeast Asia in the electronics industry. Although world leaders such as Japan and South Korea still top the sector, their growth has created space for other countries to also move ahead. Thailand is now taking advantage of this opportunity and providing a highly skilled workforce at competitive prices while it has the additional advantages of occupying a strategic location for global imports and exports.

Recently, the Thai government and the Board of Investment have been able to move the Kingdom of Thailand into the lead in several areas, particularly within the sector of electrical appliances and electronics. This sector will continue to grow, as the government continues to emphasise the importance of the electrical and electronics sector to Thailand’s economic security. The COVID-19 disease committee recently recognised that electrical appliances are a necessity for the majority of people. They, therefore, re-opened electrical shops and department stores in North Thailand on 24th April after they had been shut for an extended period due to the coronavirus pandemic, thereby ensuring the industry continues to gain revenue. Thailand was Asia’s most prepared country during the epidemic, as ranked by John Hopkins University and sixth out of 165 countries globally.

Residents and visitors to Thailand certainly understand the importance of air conditioning.  As a result, Thailand has become one of the global leaders in refrigeration and cooling technology.  Consumer technology built in the country is exported and purchased not only in other Southeast Asia countries but also in countries around the world, including U.S.A, Japan, China, and India. Thailand is already the world’s 2nd largest producer of air conditioning units and their international trade in electrical appliances is robust, with total trade in 2014 exceeding $40 billion and exports totalling $23.5 billion.

Television output has declined steadily since 2012, with rising imports of Chinese good and, since 2015, major manufacturers such as LG, Samsung and Toshiba have relocated their production facilities to other countries in Southeast Asia including, Vietnam and Malaysia.

Throughout 2020, demand for electrical goods within Thailand is forecast to grow in terms of volume and value.  Since 2015 Thailand has seen a growth of 3% per year but the 2020 forecast is expected to grow by 8-10% as innovative high tech and higher priced products are being released into the markets.

Thailand is becoming a crucial part of global supply chains by investing in computer components and computer-based electronics. In 2014, Thailand’s total import/export trade in the electronics industry was nearly $60 billion, with export revenues exceeding $32 billion. Thailand is the world’s 2nd largest exporter of data storage technology and two of the world’s largest manufacturers are based there.

Thailand is also a significant electronic components importer, with integrated circuits ranking first of the nation’s electronics imports. The demand for integrated circuits from producers of portable electronics ranging from smartphones and wearable technology to the next generation of miniature personal technology has contributed to strong regional demand from across the region, with China topping the markets for Thai exports.

Exports of electrical appliances are expected to grow by an average of 3-5% annually since 2018 to the present day. This growth is deriving from exports to the United States, Europe and Asia. Thai exporters benefit from the country being a global centre for the export of electrical goods, cooling devices, air conditioning, refrigerators, freezers and compressors.  All of which will strengthen Thailand’s central role as an electrical manufacturer.

Thailand is working hard to become a competitive destination for international investment and partnerships. The government has helped to promote this by supporting a technology-ready infrastructure and with business-friendly regulations. Thailand’s access to two oceans as well as the Asian mainland, all contribute to Thailand’s revenue-earning opportunities for foreign businesses.

Thailand provides a competitive workforce of highly skilled and educated workers. Over 600,000 people already work in Thailand’s electrical and electronics sector, with high educational levels and international accreditations. Numerous private-public partnerships such as the EEI and NECTEC help to promote new technologies and product development, and support for electrical and electronics firms all with the support of the Thai government.

Electrical products and electronics may be a recent investment in Thailand, however, as with many other sectors, it now contributes as a vital participant in the Thai economy. In the near future, this sector is poised to help Thailand continue to grow its role as a regional leader within Southeast Asia and also an emerging global player worldwide.

Combine this with HQTS’ quality standards and services and you have a powerful, profitable and productive commercial proposition.  Our extensive inspection, testing, audit, certification and consulting experience is ready-made to support this emerging market. With over 25 years of quality assurance experience across Asia, HQTS is ready to help your business build strong and meaningful supplier relationships. HQTS is your first choice to ensure reliability and excellence in quality every time.