Whats is EVFTA, and how will Affect Vietnam Electronic Exports in 2020? 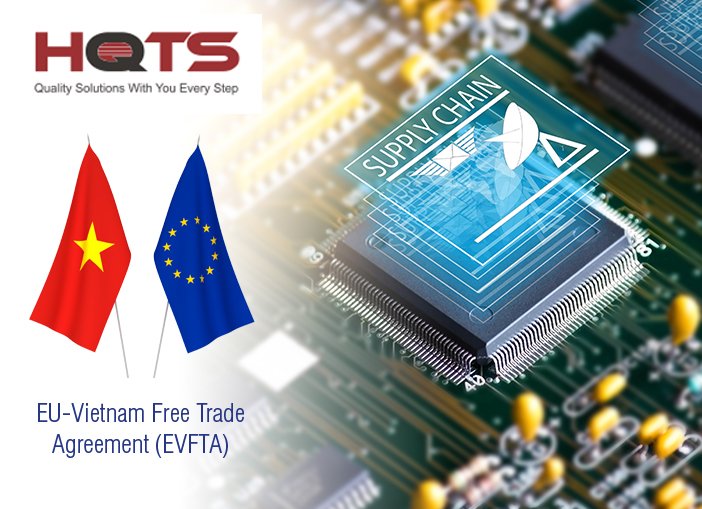 The European Union-Vietnam Free Trade Agreement (EVFTA) was agreed in February 2020.  It will reduce or eliminate 99% of tariffs on goods traded between the two areas and will also provide Vietnam with some financial relief following the coronavirus pandemic. The agreement will support jobs and encourage growth between Vietnam and the EU. The agreement will eventually reduce most tariffs, regulate barriers and promote new opportunities for EU entrepreneurs to do business and invest in Vietnam.

EVFTA (EU-Vietnam Free Trade Agreement) is a comprehensive EU agreement with Vietnam, a still developing country, opening up huge opportunities for businesses and consumers. This is the second free-trade-agreement between the EU and an Association of Southeast Asian Nations (ASEAN) countries, following on after Singapore. The EU has a long-term goal to expand to other ASEAN markets and by targeting Vietnam, European entrepreneurs will have greater access to one of the fastest growing economies in Southeast Asia.

EVFTA will be a huge step forward for the economy.  It will not only help to reform the institutions but will also drive Vietnamese exports and promote diversify in its international markets. The European Union will remove 86% of tariffs that are currently on Vietnamese goods, which is currently applied to 70% of Vietnam’s revenue from exports to the EU.

Vietnam’s Ministry of Planning and Investment (MPI) estimates that by 2030 EVFTA will increase Vietnamese exports to the European Union by 44%. EVFTA is expected to give Vietnam access to beneficial trade benefits for high quality and sustainable production across its economy to satisfy both domestic consumption and export demands. EVFTA is a great opportunity for Vietnam to make a historic imprint by establishing its status as an economic and development frontrunner whilst raising awareness for other ASEAN nations.

When is EVFTA Going to be Effective?

EVFTA was adopted in February 2020 and was ratified on 8th June. On 30th June, the EVFTA was signed and the European Chamber of Commerce in Vietnam (EuroCham) and the Prime Minister’s Advisory Council for Administrative Procedure Reform (ACAPR) co-organised a dialogue and discussed EVFTA, which results in it now taking effect from 1st August.

Talks leading to this agreement between the EU and Vietnam started in June 2012 and ended in December 2015 but was delayed due to uncertainty about specific details regarding the tariffs. Meanwhile, by the end of 2018, EU investors had already invested more than $23.9 billion in 2,133 projects in Vietnam while European investors added a further $1.1 billion in Vietnam.

The Rise of Vietnam E&E Industry and Exports to Europe

The electronics industry plays a crucial role in Vietnam’s economy – the EU is their second largest export market and the number one destination for many of Vietnam’s key exports. The EU’s main exports to Vietnam are high-tech products, including electrical machinery and equipment, aircraft components and vehicles, and pharmaceutical products including many diverse products such as telephone sets, electronic products, footwear, textiles and clothing, coffee, rice, seafood, and furniture.

In 2018 EU imports of telephone sets from Vietnam were valued at $13.12 billion, which represented nearly one third of Vietnam’s global exports of telephones. Similarly, its purchase of Vietnamese-made computers and electronics represented 16% of the country’s revenues from global exports of computers and electronics. Telephones are the largest export product from Vietnam, and this product group is dominated by Samsung which accounts for 98% of the telephone exports. Other important product groups are computers, storage devices and consumer electronics.

Vietnam still has advantages in labour availability as the manpower share of the total electronic costs is very low and remains lower than other countries in the region.  The growing demand for components, together with the lack of alternative local suppliers offers an opportunity for foreign investors to produce and sell.

Currently, Germany is Vietnam’s largest trading partner while Vietnam also had foreign trade relations with more than 200 countries and territories. There are eight markets with an import and export turnover of more than $10 billion. In 2019, the total import and export turnover between Vietnam and Germany reached more than $10.25 billion. Along with Germany, Vietnam has many trading partners in the EU, such as France, the Netherlands, Spain, Belgium and Italy.

The Impact of EVFTA on Electrical and Electronics Exports to Europe

The Europe Vietnam Free Trade Agreement (EVFTA) should be a fantastic opportunity for both nations as a reduction of up to 99% on tariffs is an opportunity to increase sales and produce more lucrative electronic and electrical products in Vietnam.

EVFTA has come at a time when the Vietnamese economy is developing significantly; with GDP growth rates of 7% in 2018 and 2019 and Vietnam’s export turnover increased by 4.7% year on year to nearly $83 billion in the first four months of 2020 despite an interruption to orders from key importers due to the COVID-19 pandemic.

In addition, trading with the EU, companies could benefit from non-economic provisions of EVFTA.  The agreement is also intended to enforce environmental and human rights standards and to ban forced labour. Furthermore, workers in Vietnam should be allowed to form a trade union unrelated to the Communist trade union federation. The free trade agreement aims to promote Western values in Vietnam and therefore the country could become more attractive for EU investors.

Following correct procedures when importing or exporting goods from Vietnam is one of the most vital aspects of doing business in a country where manufacturing costs are low.   Partnering with a third-party inspection company can reassure both the company and the customers.

With over 25 years of experience in quality assurance, HQTS is ready to help your import and export business build a robust quality assurance process. Our many service locations are prepared to be your one-stop-shop for inspection needs, Including, production monitoring, pre-shipment and sorting inspections and everything in between. Contact us today to find out how we can help you navigate current quality control challenges.