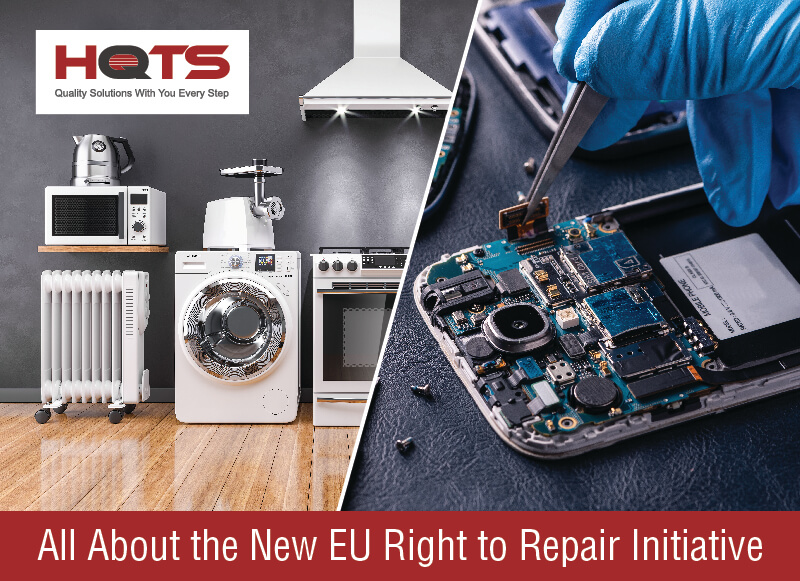 A recent report published by the World Health Organization (WHO) with collaboration of the UN Environment Program (UNEP) found that in 2019 the amount of generated electronic waste reached a record of 53.6 million metric tons. The largest volume of waste emanated from the Asian region with 24.9 metric tonnes. Followed by America with 13.1 metric tonnes and Europe with 12 metric tonnes.

To provide a perspective on the size of this waste the report compared the volume to the weight of all the adults in Europe or to the equivalent of 350 cruise ships. They also pointed out that the waste not only represented a loss of valuable materials but, is also a potential health hazard from toxic substances such as mercury.

There is no questioning about the fact that governments, companies and the civil society must work together in order to find a solution to this long time forgotten e-waste issue. The Right to Repair movement seeks to reduce e-waste trough expanding the lifespan of electronic and electronical products make them easier to be repaired.

What is the Right to Repair?

The Right to Repair electronic products is a reference to the need for government legislation that is intended to allow consumers the ability to repair and modify their own electronic devices. Currently, many manufacturers of these products require consumers to only use their services, for example; protecting this requirement with tamper-proof outer coverings.

The Right to Repair concept originated from the USA, specifically from the automotive industry. As a result, The Repair Association (TRA) was founded in 2013 to extend the same principles to encompass an extensive range of electronic products. Over the years manufacturers of a wide range of products have made it increasingly difficult to repair their products by limiting the availability of spare parts by making spares available only for a limited number of years after the product was originally released. They can also put prohibitions on who can repair them such as their own approved repairers.

The ‘Right to Repair’ movement is making progress in each of these areas.

The Right to Repair movement is part of a continuing effort to reduce the world carbon footprint while also reducing energy consumption and hence, reducing the energy bills for consumers. The capability of being able to repair your own electronic products safely at home would not only extend the life of the products but would be a much more cost-effective solution than trying to find a professional repairer who can do the work at a reasonable cost.

These measures will not only promote the growth of a more competitive repair market but could help local businesses and individuals while also helping to protect the environment in the long term with people fixing devices instead of dumping them and to then having to replacing them.

Most manufacturers discourage you from repairing broken devices in favour of encouraging you to replace them and buying a new one. The Right to Repair scheme is set up to enable you to fix products and devices yourself and avoid the excessive cost or replacing them prematurely or paying for a limited range of ‘approved’ repairers to fix them for you.

On the surface, the Right to Repair scheme ought to be beneficial for consumers but, there are some concerns and disadvantages that need to be taken account of too:

1. Safety – customers who need their electronic devices to be repaired usually want them operational quickly and at a reasonable cost. Speed and price are normally the top priorities and working on these devices yourself can be slow, waiting for replacement parts to arrive can be time consuming and the work could potentially be dangerous too. The right to reply scheme suggests that manufacturers should consider educating consumers on where to buy replacement parts and how to repair their devices in such a way that they avoid any safety issues.

2. Security – compromising security is a large risk to be considered when it comes to the right to repair law. The Security Industry Association (SIA) has expressed concerns about allowing customers to fix their own devices as it could provide hackers with increased access and power. Consumers must conduct their own research and should be correctly informed by the manufacturers on how to avoid creating any security risks.

3. Environment – equipment repair will hopefully reduce carbon emission and material waste when compared to dumping and replacing the item. Thousands of usable products and devices are shredded, crushed or thrown away instead of being fixed and reused. Therefore, manufacturers must ensure their after-sales service is efficient and effective to ensure consumers are throwing away less material while also advising consumers on how best to recycle any faulty parts that may will been removed.

Where is the Right to Repair Scheme Being Passed into Legislation?

The Right to Repair scheme is being passed into legislation in Great Britain, the EU and Ireland and it was approved in March 2021. Since February 2021 it has already been accepted by 14 states in the USA. The aim of the these new rules is likely to extend the lifespan of products by up to 10 years, while also reducing the 1.5 million tons of electrical waste.

The consumer rights organization, US PIRG has stated that fourteen states have passed the Right to Repair scheme; New Jersey, Delaware, Florida, Massachusetts, Maryland, Montana, Nebraska, Oklahoma, New Hampshire, New York, Oregon, South Carolina, Vermont and Washington. Montana is even considering multiple laws that cover both agricultural equipment and consumer tech. It is anticipated that other states will follow on.

In March 2021, the first eco-design regulation defined standards for repair and the term ‘useful life’ came into force implying that manufacturers of washing machines, dishwashers, refrigerators and monitors have to ensure that components are replaceable with common tools that consumers can use easily. Cell phones, computers and tablets have not yet been regulated by an EU eco-design directive and constitute some of the most harmful consumer waste. The French government is aiming to have 60% of electronic equipment in France be repairable by 2026.

The UK is intending that the Right to Repair scheme will come into force in summer 2021, ensuring that consumers will have a right to repair themselves the goods they buy. The new regulations should come into force soon and they will reflect what was agreed by the UK and the EU member states two years ago.

Companies Are Reacting against the R2R

Despite Apple’s claims of being always pro-environment and pro-consumer, the company is working against the interest of the Right to Repair your expensive electronics by using cheap third-party resources. Apple has made it nearly impossible to source their resources and are showing no intention of making it easy for end-users to repair iPhones.

John Deere is also opposing the right to repair scheme as they are claiming tractors are not easy to repair. John Deere feels that if a farmer wants to repair their own equipment, and they are making the available tools to do so, then why should they pass the Right to Repair laws covering farm equipment?

How Manufacturers and Buyers Will Be Affected

The Right to Repair scheme not only places new requirements on the manufacturers of electronic products but can be thought of as offering advantages to those companies that embrace the initiative to create a competitive advantage. To understand the scheme in more detail and to see how manufacturers and buyers will be affected, listen to the HQTS webinar on Wednesday 21st April at 10am London time, 11am Paris time.

A panel of industry experts will assess the current and future landscape of the E&E in Europe, including the changes and challenges ahead resulting from iimplementation of the Right to Repair initiative ensuring that companies take advantage of the coming opportunities. To find out more, please follow our link here. 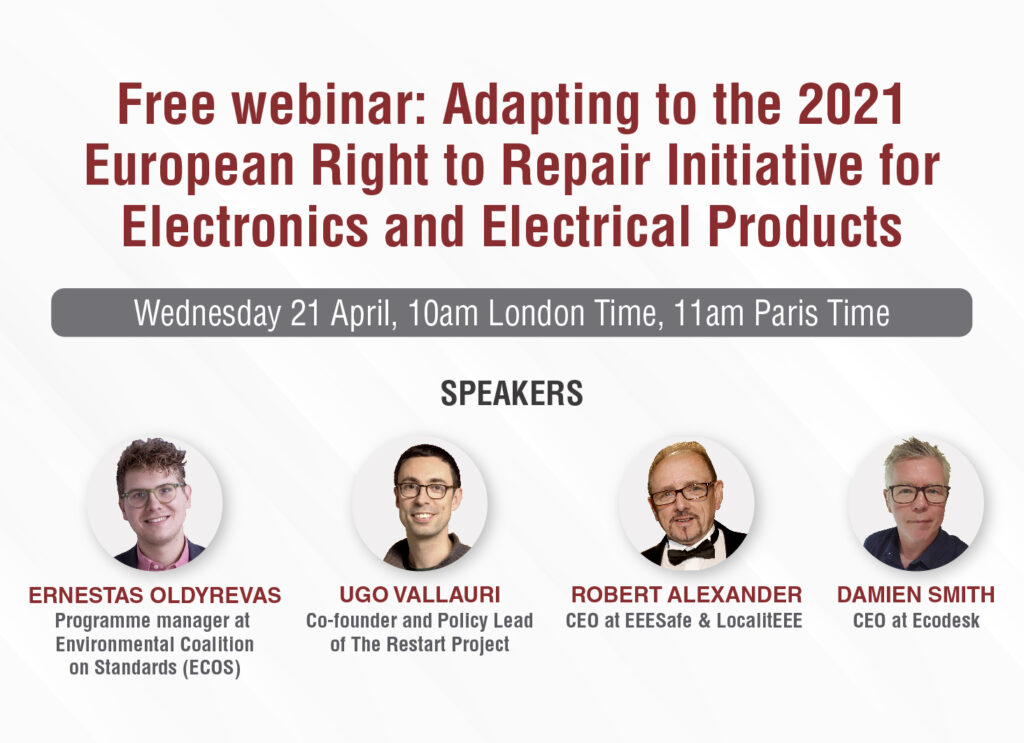