Home > Blog > What is Non-Destructive Testing (NDT) in Quality Control?

What is Non-Destructive Testing (NDT) in Quality Control? 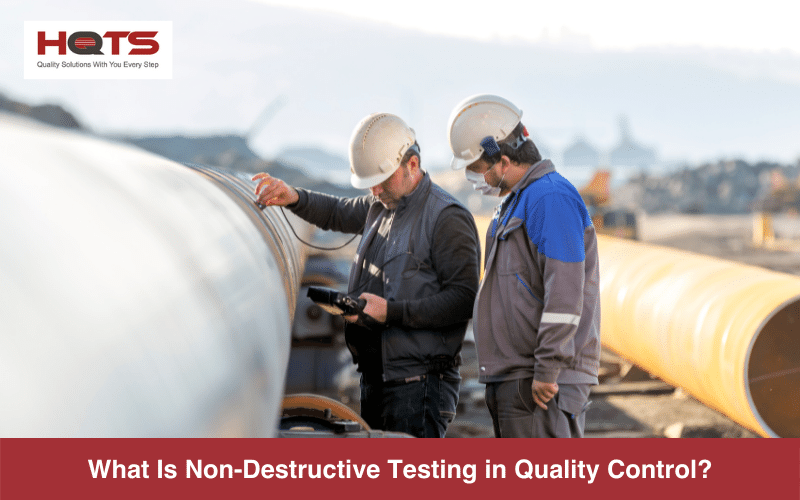 When it comes to testing in quality control, it’s a common practice to take a sample from a product or production lot and evaluate how the tested object behaves under pressure until it either fails or gets harmed. However, there may be situations when it’s necessary to evaluate the properties of a material, component, or structure – without destroying or harming it.

The non-destructive testing (NDT) methods in quality control can be used to test an object without harming it or its environment. In this article, we’ll go through the foundation of NDT testing and introduce you to the most common methods.

What Is Non-Destructive Testing?

Non-destructive testing is a form of inspection, testing or evaluation of an object without posing any damage to it or its environment. Compared to other testing methods that are destructive in nature and need several samples, NDT testing uses various methods that enable NDT technicians and engineers to evaluate and collect data about the object to determine, for example, the discontinuities and differences in material characteristics and flaws.

What Are the Most Common Non-Destructive Methods?

There are many non-destructive methods of testing, and each requires its own method of equipment and experience. The actual names of each method often refer to the equipment used to perform the test. We’ve listed some of the most common NDT methods below.

The most basic NDT method is the visual and optical testing. The testing process involves obtaining information about the material using visual observations, optical or measuring instruments, to detect any visible surface imperfections/flaws. These inspections are often performed with the naked eye and/or with a magnifying glass.

Magnetic particle testing is a non-destructive testing process that uses one or more magnetic fields to detect surface and slightly subsurface flaws. It is frequently performed in rigid materials, for example, nickel, cobalt and iron.

The object that is subject to the test becomes magnetized and surrounded by an “invisible magnetic field”. Any cracks or holes will disrupt this magnetic field. During the magnetic particle testing, the technician will apply metals shavings to the object, which will form a flux leakage field around any potential cracks.

The liquid penetrant non-destructive testing technique is used to detect the presence of open surface discontinuities in materials. Defects are revealed by coating the object with a liquid penetrant (colour contrast and fluorescent), coupled with applying a developer to draw the penetrant out of any defects and expose it to be visible to the naked eye.

Radiographic Testing, or RT, uses either X-ray or Gamma-ray to detect flaws in an object that may be hidden inside the material. It works by placing the object between the radiation source and detector/film, testing it for any density and thickness differences and recording any differences in absorption on films or by electronic means.

Ultrasonic testing is a non-destructive testing method that transmits high-frequency sound waves into materials, structures and components to detect defects. For example, flaws in metal parts, detect corrosion on metal surfaces and structural integrity of a material. 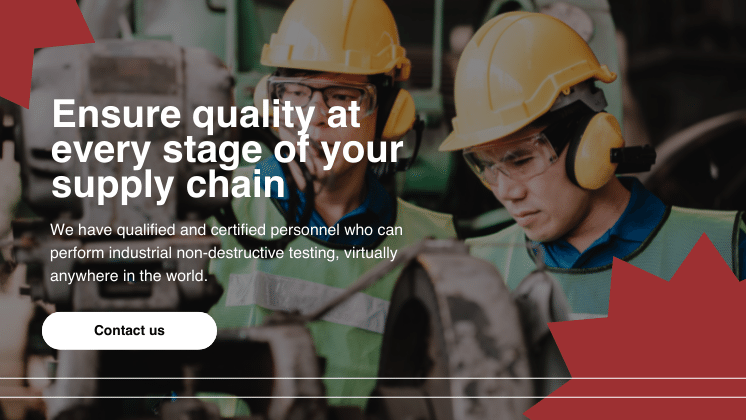 What Are the Benefits of NDT Testing?

The major benefit of non-destructive testing is that the technician and engineer can locate and evaluate any objects for any flaws without harming the tested object. Because unlike other tests, it does not affect the material’s or object’s future usefulness.

Other key advantages of NDT testing methods include:

What Is the Difference Between Destructive and Non-destructive Testing?

The difference between destructive and non-destructive testing is that in the first one, the tester often determines how an object will behave under pressure until it fails. In the latter, the technical engineer can test the object without permanently damaging it.

What Are the Common Applications of NDT Testing?

The NDT is a testing technique widely used techniques in a range of industries, including but not limited to: aerospace, manufacturing, automotive, power generation, marine industry and more. Nevertheless, it can be applied to virtually any type of industry, where it is needed to evaluate a material, component or structure’s properties for any defects, flaws or discounts without actually destroying or harming the tested object.

Conclusion: What is Non-Destructive Testing (NDT) in Quality Control?

In short, NDT- testing method is an effective method in quality control to test an object, without harming the tested object or its environment. As outlined in our article, there are multiple NDT-testing methods, each using a different type of technique and used for a different purpose.

At HQTS we’ve helped countless industrial businesses assess the quality of their materials and detect even the slightest anomalies using NDT- methods. With established subsidiaries and offices in more than 40 countries and regions, HQTS can help you virtually anywhere in the world. Contact us today to learn more about our NDT services.